Hi, hope everyone had a lovely Christmas holiday!

I was trying to do this post before Christmas but all my plans are behind schedule!! But will do 3 posts before the end of this year!

So here's one of them, about Karl Ferris, who is well-known as a innovator of "Psychedelic Photography". His exhibition "The Karl Ferris Psychedelic Experience" is going on at Proud Gallery in Camden now. 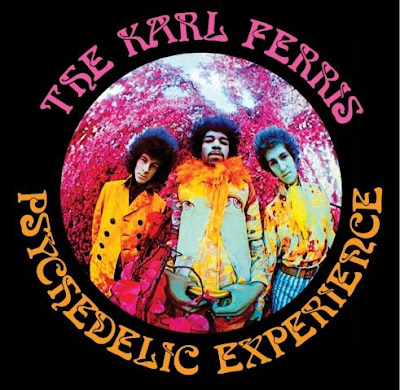 Karl Ferris was born in 1948 in Hasting, England. Since he was a small child he was interested in the medieval history and art. Later he went to Hasting Collage of Art where he studied Pre-Raphaelite painting style, which would influence his photography in the late 60s.

After graduating school he worked as an aerial photographer in Royal Air Force for 2 years and after that he moved to Canada to become an assistant of Harry Nygard who taught Ferris more professional and creative skills of photography. Ferris came back to England in 1964 and he started getting involved in fashion, art and music scene as a photographer and also a visual jockey, projecting psychedelic images of coloured liquid and photos on dancers' bodies at club events and gigs.

Ferris was introduced to Jimi Hendrix in 1967. He said to Ferris " You are doing with photography what I'm doing with music - going far out beyond the limits and blow minds".  Then Hendrix asked him to become his photographer and re-shoot the cover of "Are You Experienced?".  Then Ferris started experimenting with Nikon fisheye camera to create more innovative and psychedelic images. He went on to shoot album covers of Donovan and The Hollis and the photos became their recognised public images.

This is the short clip of TV documentary about Karl Ferris.


I went to the private viewing of his exhibition early this month. I really enjoyed it since I've seen his photos as album covers but didn't know well about his other works such as the collaboration with The Fool - psychedelic fashion designers, and his photos for Marie Clare and Vogue. Here's some photos from the launch party. 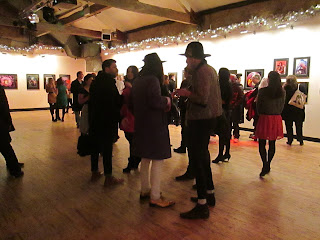 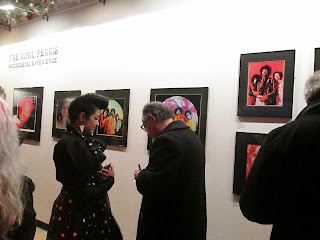 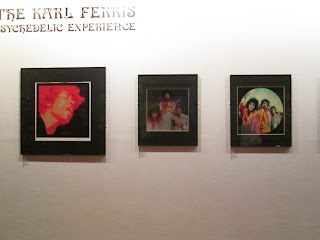 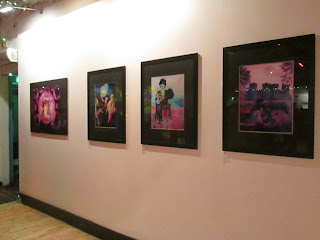 There was the psychedelic dance and music experience as Karl Ferris did on the late 60s. Two dancers expressed psychedelic feels and movement by dancing with coloured liquid images and photos which Ferris created. 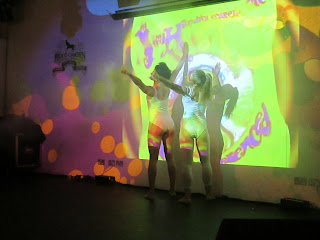 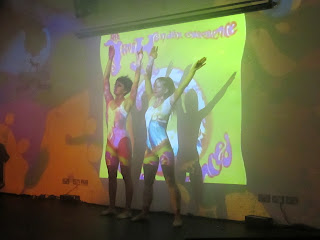 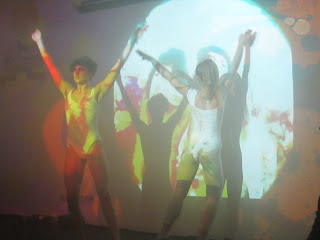 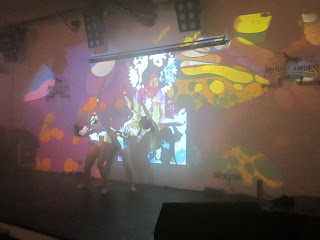 A band played as well, but unfortunately I don't know their band name....please let me know if you recognise them!! 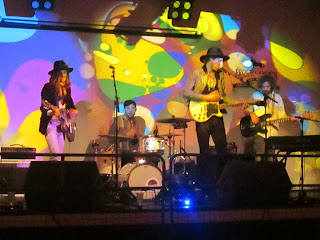 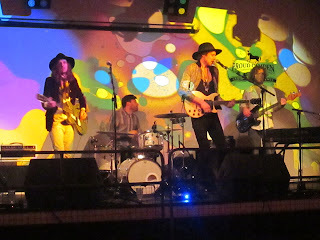 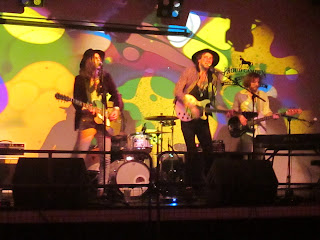 The Karl Ferris Psychedelic Experience is running till 3rd February 2013 at Proud Camden.