Cosmonauts were formed in 2009. They released their first self-titled 12" LP in June 2010, followed by cassette tape EP New Psychic Denim in March 2011. Since then they have been prolific: producing three singles, one LP and one EP during 2012 to early 2013. Their latest album released in this August "Person Non Grata" is available in CD/LP/Cassette format. Having finished their headlining European Tour in this summer, now they are back in USA and carrying on their tour this year.


They are often described as garage/psych but you could see they are influenced by 80s/90s shoegaze and alternative rock (and that's what they love).

They didn't talk much and just keep playing at the gig I went, I really enjoyed the show though they seemed like they had problems between members and the guitar player left the stage before they finished last 2 songs. Hopefully they will be in a good mood when I see them again..... 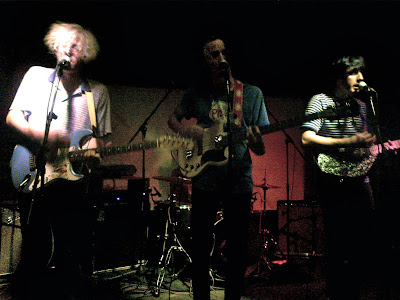 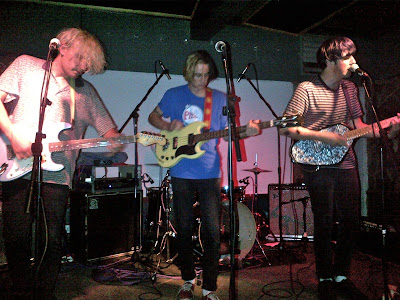 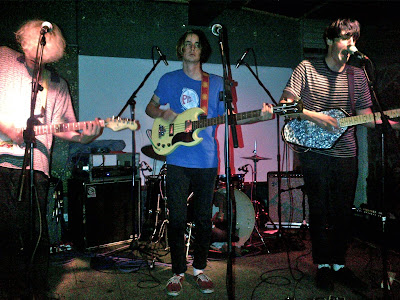 Listen to their music on Bandcamp

Read their interview on Get Bent!